Fagiolo di Cave’ is a bushy bean landrace. Seeds are generally characterised by a thin coat, that make them particularly easy to cook as a soaking process is not required. This feature is associated with the type of soil in which this landrace has been cultivated for centuries, characterised by low content of calcium carbonate and relatively high presence of other minerals (i.e. alluvial soil). Seeds are kidney shaped, medium-sized (on average 18 x 8 x 6 mm), characterised by two colours: light green (the so-called ‘Fagiolo verdino di Cave’) and yellow (the so-called ‘Fagiolo giallo di Cave’).

The sowing is carried out between the 15th of April and the 15th of July, using about 100 kg/ha of seeds, while the harvest (manual or mechanical) is carried out from august to October. ‘Fagiolo di Cave’ is cultivated under organic management system. 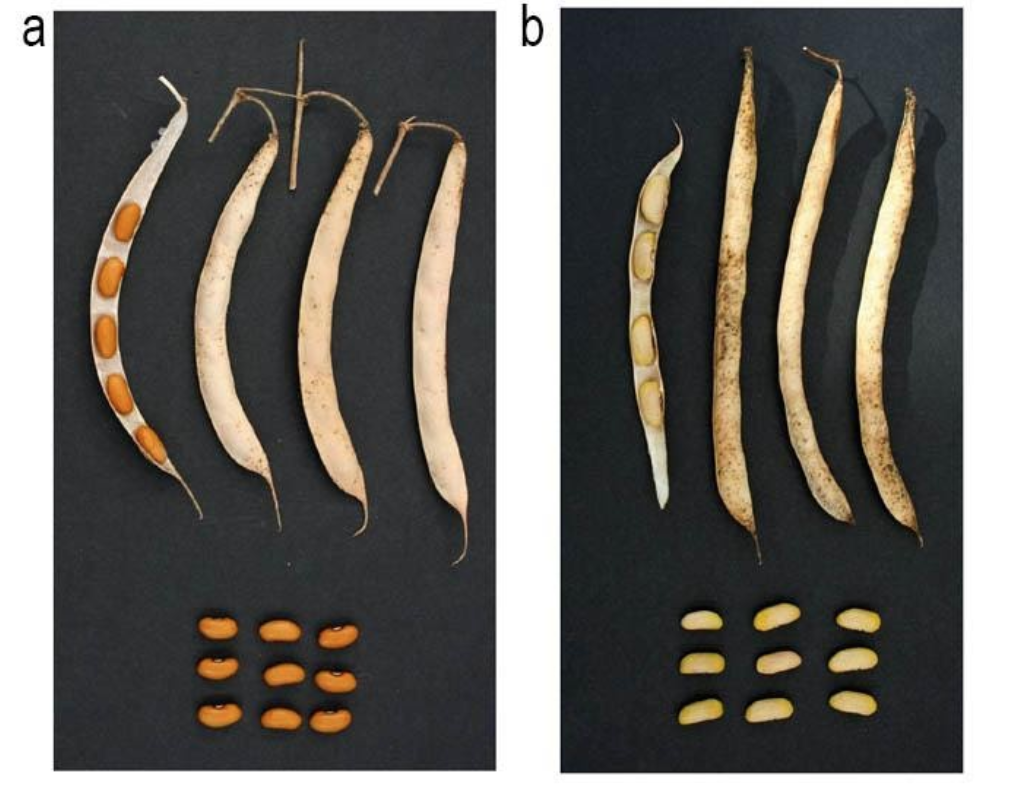 Currently, the cultivation is carried out in the district of Cave (municipality of Foligno, Perugia, Italy), by the river ‘Topino’. Nowadays the cultivated area is about 4 ha, with a total production of about 4.0 - 4.5 tons per year. Even if part of the district of Cave has been subject to anthropization (i.e. buildings, roads, etc.), the municipality of Foligno recognized the area as ‘area agricola di pregio’ (literally ‘valuable agricultural area’), limiting the possibility of building other constructions. Indeed, the cultivation ‘Fagiolo di Cave’ can potentially grow and cover a total surface up to 100 ha (maximum).


Within the production area, farmers that cultivate ‘Fagiolo di Cave’ are grouped in an association named ‘Pro Loco Cave’ which aims at promoting cultivation and valorisation of the product. Farmers carry out cultivation under low-input management system. Typically, farms are smaller than 20 ha and generally, just a small fractions farms are destinated to the production of this landrace. Pro-Loco Cave is in charge and favours the subscription of new members to the network.


The common bean is a predominantly self-pollinating plant, but crosses can occur when presence of insects is high. Each farmer selects seeds for the following season within the farm by selecting seeds characterised by the peculiar colour (that can be either light green or yellow) and shape of the ‘Fagiolo di Cave’. Generally, farmers, do not exchange seed.

The multiplication procedure ensures ‘Fagiolo di Cave’ adaptation to the cultivation area and preservation of useful within population genetic diversity.


The landrace management relies completely on farming activities in the area. Currently, no technical or scientific support is given

From 1978, through the annual event ‘Sagra del Fagiolo’, the association ‘Pro Loco Cave’ increased year by year the local market potential and the general interest on the landrace. In fact, for this event beans are processed according to traditional recipes that valorise the peculiar culinary features of the bean

The landrace is included into the Regional Register of Landraces, implementing the Umbria Region Law concerning the protection of local genetic resources (n. 25, 2001). This landrace has been also recognized as ‘Prodotto Agroalimentare Tipico’ (PAT, literally Typical Food Product) by the Italian Ministry of Agriculture and Forestry through the technical support of Regione Umbria. The PAT recognition is based on evidence that demonstrate the use of a landrace (or a processed foodstuff) in a certain area for at least 25 years. The PAT recognises both ‘Fagiolo verdino di Cave’ and ‘Fagiolo giallo di Cave’.

‘Pro loco Cave’ (http://prolococave.it/, Perugia, Italy) is a local association of the district of Cave (Foligno, Perugia, Italy) whose main aims are: i) cultural enhancement, ii) valorisation of territory and landscape, iii) heritage preservation and iv) development of good territorial practices. The association has been involved for decades in the valorisation, preservation and promotion ‘Fagiolo di Cave’. Throughout the past 25 years, Pro-Loco Cave favoured the traditional cultivation of the landrace and created an annual event (http://prolococave.it/sagra/) to promote the product. Currently, the association holds the brand ‘Fagiolo di Cave’ and carries out coordination activities favouring the networking among the producers.

In order to favour conservation and to valorise diversity, the collective brand ‘Fagiolo di Cave’ was registered for two types of Cave’s beans: the light green and the yellow one.

The cultivation methods and procedures, that were part of the local oral tradition, were formalised into written guidelines that farmers need to endorse in order to use the brand. The above-mentioned agronomical practices are analogous to the ones used under organic farming systems and thus constitutes an additional value for the final product.

Finally, Pro-Loco Cave recently implemented a website in which an important section reports useful information on the product and the annual event (http://prolococave.it/sagra/).

An appropriate on-farm conservation of ‘Fagiolo di Cave’ should ensure that subpopulations should be maintained on the same farms in which the subpopulation has been developed through time. This would allow the landrace to maximise the conserved within-landrace genetic diversity.

Uncertain. To have access to the resource ‘Regione Umbria’ (http://www.regione.umbria.it/agricoltura) or ‘3A-PTA’ (http://www.parco3a.org/pagine/contatti-004) should be contacted.

Most of updates have been communicated by Dr R. Torricelli (Università degli Studi di Perugia).