The Ganxet bean is characterized by having indeterminate growth and white flowers. The seeds, flattened and strongly hooked, are completely white (Casañas et al. 1999) (Fig.1). In fact, the name Ganxet means small hook in Catalan language and this characteristic makes it easy to identify the landrace in the market. The curvature character seems controlled by two loci, which express a maximum phenotypic aspect when their alleles are both in recessive homozygosis (Rivera et al. 2015). The other combinations give transition phenotypes, which are normally evaluated on a scale of 0 to 3 (Fig. 2), considering the material as within the varietal type if it presents a score ≥2 (Fig. 2). The weight of the seed is about 45 g / 100 seeds (Casañas et al. 1997a). From the chemical point of view its composition is characterized by a high content of protein that can reach 28%, and also by having a large amount of uronic acids in the seed-coat (Casañas et al. 1997c; Florez et al. 2009; Casañas et al. 2006). From the sensory point of view, it has very low mealiness and very low perception of the seed-coat, accompanied by an intense (but not aggressive) aroma and taste (Casañas et al. 1999; Pujola et al. 2004; Casañas et al, 2006). It is used for the preparation of little seasoned dishes, where the bean is presented simply boiled and dressed with virgin olive oil. The productivity is quite low compared to other varieties of indeterminate growth and a negative genetic correlation has been found between the degree of curvature and the productivity. In turn, a significant positive correlation has been found between the degree of curvature and sensory value (consumers like creamy beans, with little seed-coat perception and intense taste) (Casañas et al. 1999; Casañas et al. 1997a; Casañas et al. 1997b). So, as in many other species and varieties, a negative correlation between sensory value and productivity occurs.

The origin of the landrace is Mesoamerican (Sanchez et al., 2007), and is related to the Great Northern market class (Santalla et al. 2001), of which it is differentiated by the strong curvature (Sanchez et al. 2008). It could also be confused with the White Kidney market class of Andean origin, but it differs from it because Ganxet is much more flattened and curved.

In 2011 Ganxet was recognized as the varietal type to be cultivated in the Protected Denomination of Origin (PDO), Mongeta del Ganxet. 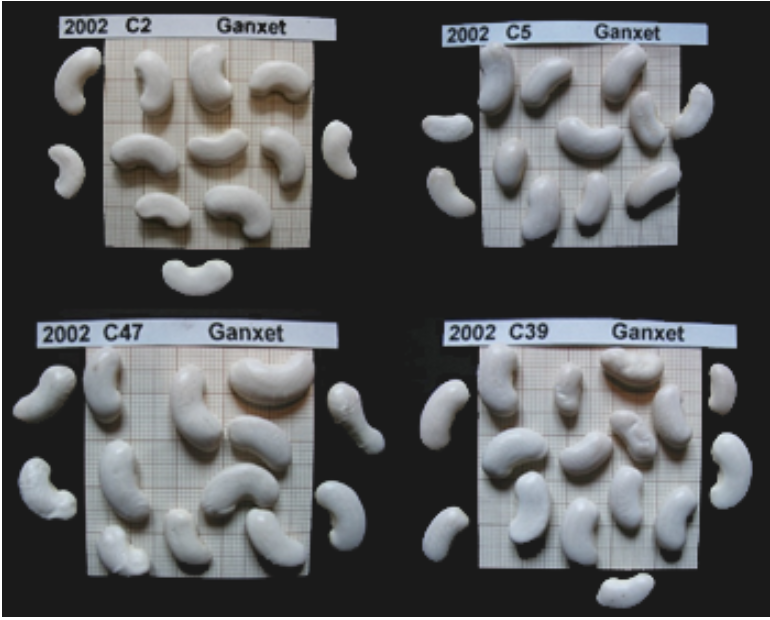 Figure 1. Diversity in the morphology of several accessions of Ganxet variety type.

The Ganxet variety is currently cultivated in the coastal and pre-coastal zone of Catalonia, in the northeast of the Iberian Peninsula, but the region covered by a Protected Denomination of Origin (PDO) is limited to the counties of Vallés Occidental, Vallés Oriental, Maresme and some areas attached (Fig. 3) (Romero del Castillo et al., 2003). Given the edapho-climatic unity of the region, the possibility of expanding the protected area with a European geographical label is currently being evaluated. It is considered that the variety most likely came to the area through the trade that was established between the Catalan coast and the Central American region throughout the nineteenth and early twentieth centuries (Sanchez et al. 2008). We do not know that any other similar bean is documented in other areas of the world, so we do not know if the mutation occurred before or after the migration from Mesoamerica.


The Ganxet bean, because of its indeterminate growth, is cultivated with props. Canes are used to build tepees (4 to 6 canes per tepee). Currently this type of management is in regression, being substituted by vertical plastic nets of 2.5 m, supported by metal poles (Fig. 4). This facilitates the aeration of the crop, hindering the development of fungi in autumn, during the ripening of the seed. Planting dates are in June or July, in many cases after the harvest of the cereal crops. The crop is always irrigated, mainly by dripping. The main problems for crop management are usually the sensitivity to fungi and root oomycetes, which damage the plant during germination time. The harvest is usually carried out in November, when the pods are completely ripe and dry.

The historical Ganxet bean is the one that has a maximum of seed curvature (> a 2 on a scale of 0 to 3) as mentioned above, but as indicated there is genetic variability for this character (Casañas et al., 1999; Rivera et al., 2015). Some producers tend to select more hooked seeds, but others prefer high productivity, which results in loss of curvature and sensory quality. Those who are assigned to the PDO have the obligation to cultivate lines with a high level of curvature, established in the operating regulations. Given that the market price of Ganxet is high, there is a remarkable picaresque around its business, existing in the market mixtures or beans with very low curvature. Therefore, it is highly recommended to acquire the product certified by the PDO. In 2016 the certified volume of PDO Ganxet was about 60.000 kg.


A high portion of the Ganxet bean is multiplied by the farmers themselves. Some of them make conservative selection, choosing as seeds for reproduction those that have a higher degree of curvature. Others, however, choose the descendants of the most productive plants that coincide with those of less hooked seed. These divergent selection strategies are partly the cause of the loss of sensory quality and the heterogeneity of the seed. The producers assigned to the PDO perform conservative selection since the degree of curvature is part of the controls that are carried out. Another alternative for them is to use the derived varieties obtained by selection, the oldest of which is Montcau (Bosch et al., 1998). The Miquel Agustí Foundation (FMA) and some cooperatives are in charge of its controlled multiplication to guarantee that the varietal characteristics are maintained.


The conservation of the integrity of the varietal type is carried out mainly through the producers registered in the PDO. The conservative selection and the new varieties that are multiplied under public or private control ensure that the characteristics that give the sensory qualities are preserved, while trying to correct agronomic defects. At the same time, demonstration trials of the new varieties, sponsored by the autonomous government of Catalonia, are carried out to facilitate their transfer to producers. The new varieties obtained, together with some representative populations of the variability, are inscribed in the Catalan register of landraces. So far, the controls that are carried out are based on the morphology of the seed (easily measurable with an image reading program) and the protein content. Next year, sensory evaluations will be compulsory, through the use of a trained tasting panel partially sponsored by de local government.

Much of the production is sold directly to restaurants where it is used as an accompaniment to grilled meats or in traditional dishes. Another part is transformed into sterilized preserves or sold in markets, previously cooked. Due to the ease of identification of the seed, its promotion is based on the objective description of its sensory quality and on the way to recognize the highest quality beans (the most curved ones). At the same time, tests have been carried out to study the effects of the environment on the sensory value of the seed. Since one of the main problems of the Ganxet bean is its difficulty in obtaining sterilized preserves (a high percentage of the seeds is broken during sterilization), more suitable areas have been identified for obtaining seed for conservation (clay soils), and others more suitable for obtaining seed intended for cooking without sterilization (soils with a certain proportion of sand). This environmental differentiation is being used to explain the singularities of each terroir within the PDO, something similar to what has been done for years with other products such as wine.

The Ganxet bean has historically been recognized for its sensory characteristics and has reached a high market price. This fact, linked to its low productivity compared to other varieties of indeterminate growth that are cultivated in the area, facilitated all kinds of tricks (mixtures, using other slightly hooked varieties such as White Kidney, etc.) to increase profits. These manipulations, often carried out by intermediaries, misled the new consumers in the 80s of the past century with an uncontrolled market and little information. The achievement of the PDO in the year 2011 (http://agricultura.gencat.cat/ca/ambits/alimentacio/distintius-origen-qualitat-agroalimentaria/dop/productes-reconeixement-comunitari/mongeta-ganxet/) clearly separated the guaranteed material, with high sensory quality of the material not guaranteed. Like any new development, the implementation of the PDO regime has been slow, and the secondment of new farmers also. Most of them that have particular customers well consolidated, are reluctant to join the PDO. Currently, the market already clearly recognizes the PDO material and, as indicated above, some areas adjacent to the first protected area are in the process of being added to the geographical labelled product. Both, raw beans and processed beans, that carry the DOP label achieve prices that are clearly higher in the market. The high protein content of Ganxet (up to 28%) means also an important added value for the diet.

The regional government provides aid for the promotion of the PDO Ganxet bean (Fig. 5). Also for the demonstration trials of new management methods and new inbred lines within the varietal type. The obtention of the new selections and the studies concerning the genetic basis of the curvature and its relation with the sensory quality have been possible thanks to competitive projects sponsored by the Spanish government. Most of the scientific information has been obtained by the FMA of Barcelonatech. However, the landrace's biggest promotion is made by the dozens of restaurants and markets that sell cooked Ganxet. It is thanks to them and to the direct sale of the farmers to these transformers, that the product is maintained and the market expanded. A representative sample of the inter and intra-population variability (more than 200 accessions) and all the new varieties derived are conserved in the germplasm bank of the FMA in Barcelona. In turn, a subsample of the variability (28 accessions) is conserved in the germplasm bank of the (National Center of Genetic Resources) CRF, of INIA in Alcalá de Henares (http://webx.inia.es/web_coleccionescrf/).

The regulation of the market as a consequence of studies on genetic variability and the genetic basis of the degree of curvature and sensory value, has positively influenced on-farm conservation. The pressure of the consumers on the producers, demanding uniformity in the product and its approximation to the morphological ideotype of the seed, has helped the farmers who made conservative selection. In turn, the possibility of making selections within the varietal type and their conservation by controlled multiplication has enriched the number of lines available by the farmers and has added an element of introduction of new controlled variability within the landrace.

Until now, the centre responsible for storing the collected accessions and the inbreds resulting from breeding programmes, has been de FMA (http://fundaciomiquelagusti.com/). This institution is also responsible for the regeneration of the accessions and provides small samples to entities that request it for scientific studies. The FMA is also in charge of the controlled multiplication of the first generations of the new selections and distributes them to the cooperatives to carry out the pre-sale multiplications.

The FMA has worked together with the farmers who were first linked to the Mongeta Ganxet Producers Association and later to the Ganxet PDO Regulatory Council (http://sac.gencat.cat/sacgencat/AppJava/organisme_fitxa.jsp?codi=16048) for the past 27 years. Our thanks, then, to the numerous farmers who during this time have ceded their fields for trials or who, with their effort and dedication, have managed to order a situation of lack of control and loss of identity of the Ganxet bean (Fig. 5). Our special recognition to the person who accompanied the process from the regional government (Mr. Miquel Baldi) and the successive presidents of the Association of Producers and Regulatory Council during this period (Mr. Ramon Casamada senior (†), Mr. Ramon Casamada junior, and Mr. Benjamí Alvarado).