The landrace of which we are reporting come from the area that surrounds lake Trasimeno in Umbria, central Italy, where the plant (locally called ‘Fagiolina del Lago Trasimeno’) has been grown for centuries, as reported by many historical documents.

Several studies showed that ‘Fagiolina del Lago Trasimeno’ appears to be structured as a metapopulation in which a substantial differentiation is maintained at the subpopulation level. In other words, it means that each ‘version’ (hereafter population) of the landrace differs from another at both phenotypic and genetic level. Each population of ‘Fagiolina del Lago Trasimeno’ has been conserved and multiplied by different farmers throughout time and has been subjected to different agronomical practices and underwent slightly different environmental conditions.

The sowing is carried out in May, while flowering occurs 24-35 days after. Each plant can produce 20 to 40 pods. Days to maturity can vary from 24 to 35 days after flowering. The harvest is scalar; indeed, it is mainly carried out manually. According to background coloration and seed pattern, 13 different types of seeds were identified within the landrace that are maintained in purity (i.e. a single seed type is cultivated) or mixed within different populations. Mixed population show from 3 to 12 types of seed. The growth habit is erect or semi-erect. 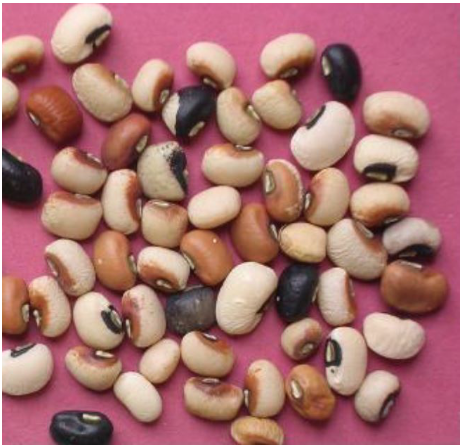 The cultivation of ‘Fagiolina del Lago Trasimeno’ is carried out in the area surrounding the lake Trasimeno, in the western part of the province of Perugia. (Umbria region, Italy). The area comprises territories belonging to the municipalities of: Castiglione del Lago,Città della Pieve, Corciano, Magione, Paciano, Panicale, Passignano sul Trasimeno and Tuoro sul Trasimeno.


Each farmer multiplies his own seeds under slightly different agronomic condition. At harvest, each farmer selects seed to be used next season: some farmers select for small-sized white seeds, while others bulk coloured seeds. Some farmers discard seeds produced by plants that show symptoms of virus diseases. Usually, farmers do not exchange seed lots.

Because of the farmer selection procedures and of microenvironmental selective effects, the landrace appears to be structured as a metapopulation in which a substantial differentiation is maintained at the subpopulation level.

The initial promotion of research and of farmer awareness triggered a virtuous process of conservation. The area under cowpea cultivation increased which in turn significantly increased the income of the farmers who cultivated the crop. The market price for the landrace increased (in the main regional province, Perugia) from 6 euro/kg in 1994 to the present 20-22 euro/kg.

The landrace is included into the Regional Register of Landraces, implementing the Umbria Region Law concerning the protection of local genetic resources (n. 25, 2001).

In order to encourage the cultivation of ‘Fagiolina del Lago Trasimeno’, a request for the Protected Designation of Origin (PDO) label has been promoted. ‘Fagiolina del Lago Trasimeno’ also caught the interest of the Slow Food movement which included it among its ‘presidia’, and, within a few years, it became a must in many top restaurants, even outside the region Umbria.

Fagiolina del Lago Trasimeno’ was initially characterized for morphological, organoleptic and genetic traits and then reintroduced among a wider number of farmers by the University of Perugia (Polegri and Negri 2010). These activities led to an expansion of the landrace cultivation and increased farmers’ income.

All the activities related to the characterisation and promotion were funded by the Province of Perugia within a plan of valorisation of agro-biodiversity. Within this framework the University of Perugia gave technical and scientific support. Currently, no further support is given by the local institutions as the market of ‘Fagiolina del Trasimeno’ is profitable and generates income for the farmers that are conserving and cultivating this landrace.

A ‘Consortium of Fagiolina del Lago Trasimeno’ growers was established in order to market the crop more effectively. Finally, some farmers have reintroduced the crop outside the Trasimeno Lake area (Polegri and Negri 2010).

In 2013 ‘Fagiolina del Lago Trasimeno’ was included into the regional register of landraces (Umbria Region, Italy)

Accessions of different ‘Fagiolina del Lago Trasimeno’ populations are kept, under long terms storage conditions in the germplasm bank of the Department of Agricultural, Food and Environmental Science of The University of Perugia (FAO ITA-363).

An appropriate on-farm conservation of a structured landrace like ‘Fagiolina del Lago Trasimeno’ requires that subpopulations to be maintained on the farms from which they come (Tosti and Negri 2002).

Most of updates have been communicated by Professor V. Negri (Università degli Studi di Perugia).