This landrace has been, at least, cultivated in this area for a century. It is said that its origin is the neighbourhood of Deusto (Bilbao), which was known for its tomatoes, since it is in very favourable conditions for its cultivation due to its south orientation.

The fruit size is medium to small, very juicy, red in colour and crushed. More than half of its fruits are ribbed. They usually have nine or ten cavities or locules. The plant is of indeterminate growth, but the bushes do not usually reach more than two meters and have low leaf density.

It is normally consumed in salad and, when there was a lot of production, it was also used to prepare tomato sauce.

It is a vigorous and very rustic variety, quite productive. It begins to harvest normally at the beginning of August. It continues to produce until the first frosts, which usually occur in November or December. Regarding conservation, they are medium-length tomatoes.

Planting occurs in March for transplant them in May.

The fruits are juicy, with plenty of liquid and a good number of seeds. The taste is pleasant, something sweet and sour. 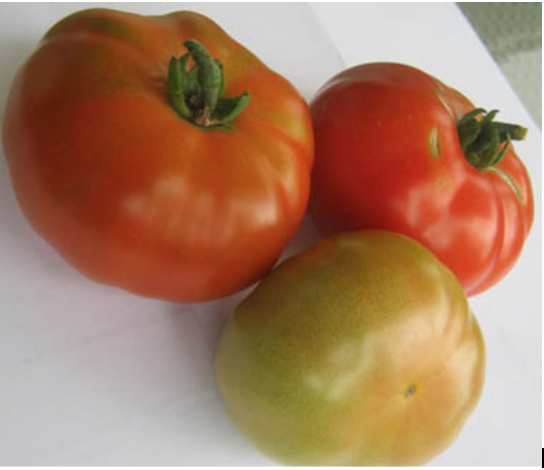 It has been cultivated mainly on the right bank of the estuary of Bilbao, extending through the region of Uribe. Currently, it is cultivated mainly in small gardens of the most rural municipalities, especially the towns of Erandio and Sopelana.


Some of the best fruits are selected to save the seeds, allowing them to ripen on the plant more than if they were for consumption.

It is the most widespread and known traditional tomato landrace in these regions. It has traditionally been produced for self-consumption, although it was also sold in local markets, where it was well valued. For decades it was the only variety of tomatoes produced by local gardens. Nowadays, its marketing is rare, always in local markets.

There are seeds store at the NEIKER-Tecnalia (Research Institute and Agrarian Develop of the Basque Country) under the ID ‘NKT-068’ and, in the seed bank of Euskadi Seed Saver Network (F-138).