Developing standards to collect and share information about plant genetic resources is vital for their conservation and use by farmers, gardeners, scientists, conservationists and breeders.

In recent years, the ECPGR Malus/Pyrus Working Group highlighted the need to synthesize, harmonize and prioritize an agreed set of characterization and evaluation descriptors for Malus/Pyrus cultivated species, and committed to filling this need. Common protocols and descriptors were consequently adapted, initially by a task force formed by representatives of the Malus/Pyrus Working Group (M. Lateur, D. Szalatnay, E. Dapena, M. Kellerhals). Further on, in the framework of an ECPGR Grant Scheme Activity named 'Common ECPGR protocols and tools available for Characterization & Evaluation of Malus/Pyrus genetic resources' and supported by the Federal Ministry of Food and Agriculture, Germany, it was planned to finalize a new updated version of the former Descriptor List for Apple (Malus) published nearly 40 years ago.

The ECPGR Characterization and Evaluation Descriptors for Apple Genetic Resources bring all the above efforts together and include enhanced descriptions of methods/protocols and technical practical information. As far as possible, it was attempted to retain descriptors already in use, and many of the descriptors proposed are the same as previously published by, or adapted from ECPGR, UPOV, CPVO and/or Obst-Deskriptoren NAP – Descripteurs de Fruits PAN. Further descriptors are from protocols already developed and in use by collection curators, and a small number of novel descriptors have been added where no suitable descriptor was available. 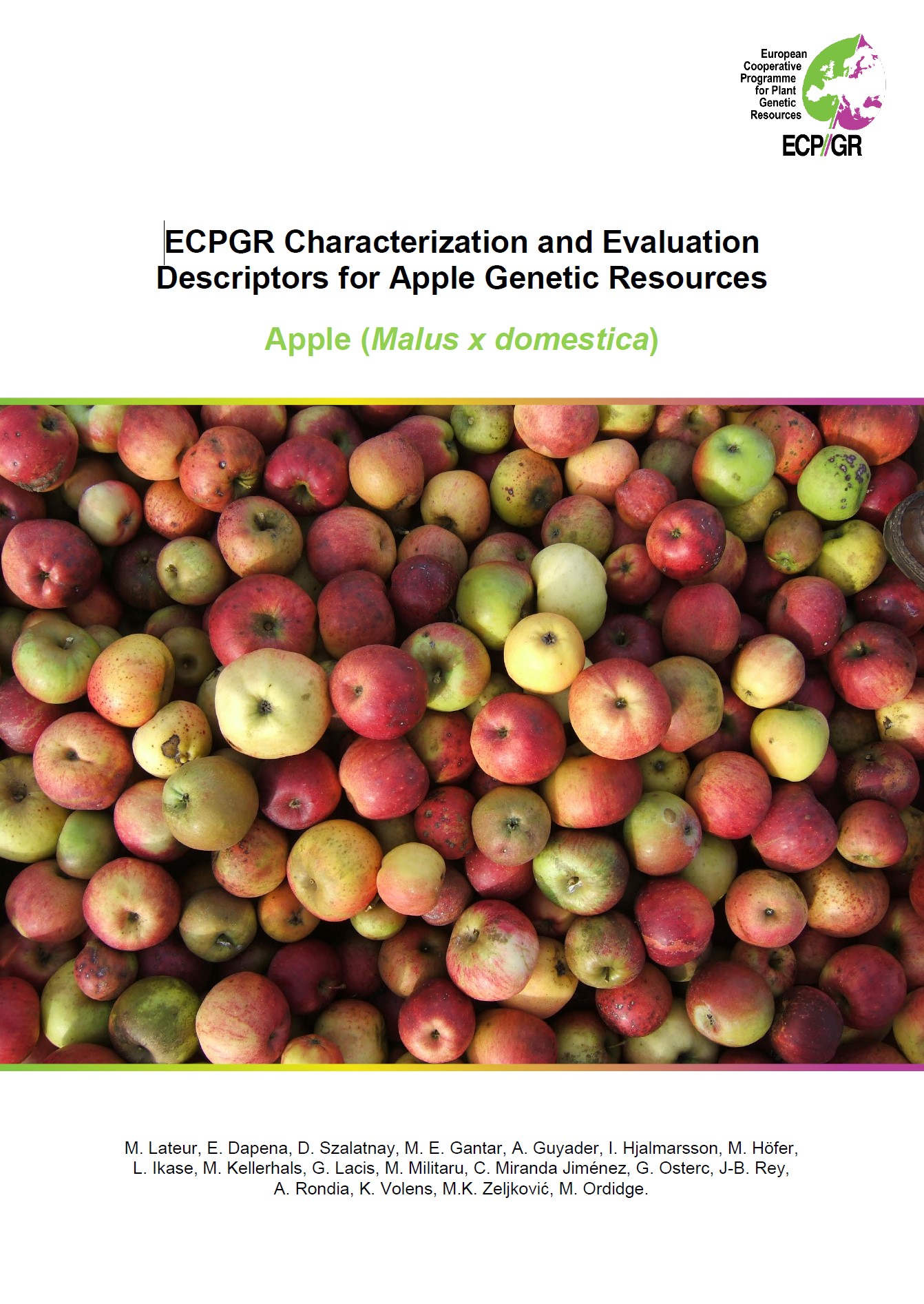