The landrace called ‘Puikula’ has been grown in the northern part of the Nordic countries since the late 18th century. There are only few written documents of stains used at that time but it is known that during 1770s a potato which closely resembled today’s ‘Puikula’ was cultivated in Sweden. It might be brought to Sweden from France and from Sweden further to Finland. (Hannukkala 2009). In Sweden it is known as name ‘Mandelpotatis’ (Veteläinen 2001).

When the potato blight disease came to Europe in 1840s ‘Puikula’ vanished from cultivation in southern Sweden. Luckily its cultivation has already spread towards north. In the early 1900s it was the most important variety in Lapland. (Hannukkala 2009).

‘Puikula’ is late-maturing, and has long and strong stems and small leaflets. The stems and white flowers contain anthocyanin colour. The long, almost banana-shaped, tubers are white-skinned. The flesh colour is bright yellow and the dry matter and starch contents are high. ‘Puikula‘ is a very late cultivar. Its dormancy mechanism is so strong that it is almost impossible to sprout it during the storage period in winter. This means that it has very good storing before planting. The proper time is 60 to 90 days compared with other varieties, which need two to four weeks sprouting time in the spring. (Veteläinen 2001).

‘Puikula’ behaves as a typical short-day variety in the long-day environment. On the other hand it can utilize quite well the best growing period at the beginning of August. ‘Puikula‘s’ yield potential is high, but the growing season in the north is always too short and therefore the tubers are always harvested immature. Although the yield is low the immature harvesting date gives the tubers their special taste, which is lost if the tubers are fully mature. (Hannukkala 2009).

‘Puikula’s extremely long germinating rest requires at least 4–6 weeks germination in 10–12 degrees. Seed potatoes are planted in deep and large bench to prevent stem tubers to come too up the ground and to avoid frost damage. When vegetation has ripened, the stems are removed 1-2 weeks before harvest to ease harvesting. The most suitable weather for harvesting is dry weather with 10-15 degrees warm. If potatoes are harvested in warm weather it makes stem tubers breathe strongly and later in the warehouse they may suffer from the lack of oxygen causing pathogens. (SPK 2019). 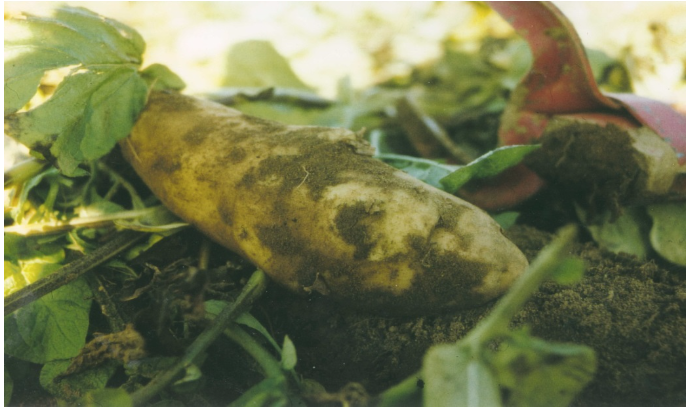 In Lapland commercial production of ‘Puikula’ has concentrated to the municipals of Simo, Tervola and Rovaniemi. It is also cultivated to some extend in outside Lapland area. In 2016 it was the 20th most cultivated potato variety in Finland. (Finnish Food Authority 2019).


The number of ‘Puikula’ farmers in Lapland has declined from about 100 to about 20 during the 2000s, the production area has dropped 100-150 ha from the late 1900’s. The main reason is declining potato production in general in Lapland because of lack of young farmers. Commercial production of ‘Puikula’ has concentrated to the municipals of Simo, Tervola and Rovaniemi. Small-scale production for home-consumption is still rather common.

In Lapland area ‘Puikula’ is planted at the turn of May-June and usually the harvest on the last week in August.


The Finnish Seed Potato Centre (Suomen siemenperunakeskus oy, SPK) carries out the maintenance and basic seed production of ‘Puikula’. SPK descibes the production of healthy seed potato as follows: It begins with completely disease-free test tube plantlets that are initially propageted in a laboratory, then in a greenhouse and finally in pre-basic seed fields. The entire production cycle takes four to five years. The seed potato for retail is produced by the SPK's contract farmers. The seed lots produced are stored either in the SPK's central storage facility or in contract farmers' own smaller storage facilities. Seed potato is sorted, packaged and delivered to customers in the spring. The official quality control of the production is carried out by the Finnish Food Authority. (SPK 2019).


Landrace management relies on the economic value it provides to commercial farmers.

The PDO designation has drawn attention to this local potato strain from the north and allowed it to become a popular landrace product in homes and professional kitchens in Finland.

Main crop is sold to wholesale business to be sold as fresh in retail shops and restaurants under the brand name ‘Lapin Puikula’ in Finland. In 2010s some special products from ‘Puikula’ have been developed: ‘Lapin Puikula Chips’, ‘Puikulapommes’ and pre-cooked Puikulas for grill and oven. Some efforts for export have been made (e.g. Germany).

Since 1994 ‘Puikula’ has been accepted to the National List of Plant Varieties in Finland amongst bred cultivars (Finnish Food Authorities 2019).

‘Puikula‘ grown in the Lapland region of Finland was registered as Lapin Puikula (Lapland’s Puikula in English) in the European Union under the terms of Protected Designation of Origin (PDO)  in 1997 (European Commission 2019). As the PDO product, it is production take place in ther region to which its name refers.

Commercial farmers are not paid any extra support for cultivating ‘Puikula’. The Finnish Seed Potato Centre carries out the maintenance and basic seed production of ‘Puikula’ (SPK 2019).

The general declining number of potato farmers in Lapland has affected especially on producing ‘Puikula’ because of its lower yields.

If ‘Puikula’ provides economic values for farmers also in future, it remains in cultivation.

‘Puikula’ was one of landrace product examples in the study of Finnish citizens’ and consumers’ willingness to pay for conservation of genetic resources. The general outcome of the study was that the success of consumption-based conservation is largely depended on the variety in question, as there are several varieties with less potential for specialty products. However, ‘Puikula’ was recognised and valued by consumers: willingness to pay for price premium of 14 %.  Therefore, it is in general unlikely that the production of specialty product would be profitable enough to guarantee the conservation of agricultural genetic resources though sustainable use. It is needed also other conservation measures, such as agri-environmental policies and gene bank activities. (Pouta et al 2014, Tienhaara 2015).

‘Puikula’ is included to the National List of Plant Varieties in Finland amongst bred cultivars.