Before the end of the XX century, the Solina wheat (Triticum aestivum L. spp. vulgare Host) was known by very few people and cultivated by few elderly farmers on the Appenine mountains of Abruzzo region (central Italy).

‘Solina’ is a traditional winter soft wheat landrace, cultivated in mountain areas of central Italy. The landrace shows high adaptability to marginal areas, as well as resistance to cold; in fact, some agronomists, during the last century, defined ‘Solina’ as ‘Wheat hybernum’. It also shows high yield stability, and because of its height (110-135 cm) and tillering ability is highly competitive with weeds. Given all these features, plus the fact that it does not require high amount of nitrogen, this landrace is cultivated under organic conditions. The spike is relatively long (8.0-9.5 cm), white (sometimes it is also possible to find reddish ones) and awned. ‘Solina’ produces big caryopses (average weight 42-46 mg; length 2.85-2.95 mm) characterised by relatively high amount of proteins (13.5-15.5%).

The harvest is late if compared to the modern winter soft wheat varieties and is generally carried out from mid-July to the end of August. The productivity is highly stable but limited, with maximum values equal to 2 tons/ha. This landrace is typically cultivated at altitudes around 1000 m a.s.l. 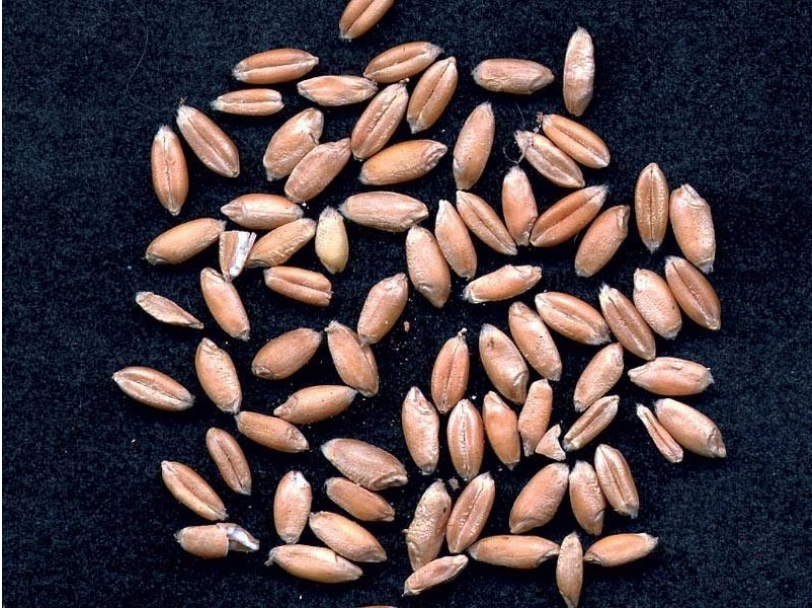 The cultivation of ‘Solina’ is typical to the province of L’Aquila in the Abruzzo region (central Italy). Nowadays the cultivation is mainly carried out by farmers within the National Park of ‘Gran Sasso’.


The farmers are grouped in consortium, founded in 2007, named ‘Consorzio Produttori Solina d’Abruzzo’. The consortium was born thanks to the work carried out by ARSSA (Agenzia Regionale per I Servizi e lo Sviluppo Agricolo dell’Abruzzo). Currently, eleven farmers joined the group; on average they cultivate around 5 ha of ‘Solina’ each year. The farms are mainly located in the province of L’Aquila (Abruzzo region, Italy).


The seed used for sowing the following year is produced within each farm. Farmers do not apply any kind of selection and usually do not exchange seed lots. Anyhow, seed exchange can occur whenever a farmer needs seed to increase his cultivated area or to compensate a negative productive season (e.g. low yield due to phytosanitary problems).

The multiplication procedure without the application of any conscious selection ensures ‘Solina’ adaptation to the cultivation area and preservation of the useful within population genetic diversity.

‘Solina’ soft wheat has a limited niche market. Thanks to the Slow Food initiative, it is common to find products also outside the Region Abruzzo. Flour of organic ‘Solina’ is currently sold for about 3.5 €/kg.

‘Solina’ has been recognized as ‘Prodotto Agroalimentare Tipico’ (PAT, litteraly Typical Food Product) by the Italian Ministry of Agriculture and Forestry through the technical support of Regione Abruzzo. The PAT recognition is based on evidences that demonstrate the use of a landrace (or a processed foodstuff) in a certain area for at least 25 years.

‘Solina’ also caught the interest of the Slow Food movement which included it among its ‘presidia’, and, within a few years, the derived products became a must in many top restaurants, even outside the Abruzzo Region.

In 2007, ARSSA (Agenzia Regionale per i Servizi e lo Sviluppo Agricolo dell’Abruzzo), started a valorisation plan that led to the constitution of the consortium.

Accessions of ‘Solina’ soft wheat are also kept, under long terms storage conditions in the germplasm bank of the Department of Agricultural, Food and Environmental Science of the University of Perugia (FAO ITA-363).

The multiplication strategy would allow to maintain on-farm a broad diversity as each farmer reproduce seed for the following year within the farm. This would maintain the within population genetic diversity within each farm, theoretically giving to each population slightly different adaptational abilities.

Currently, no further support is given by the institutions as the market of ‘Solina’ emmer is profitable and generates a positive income for the farmers that are conserving this landrace.

Uncertain. To have access to the resource ‘Regione Abruzzo’ (https://www.regione.abruzzo.it/content/contatti ) or ‘Consorzio Produttori Solina d’Abruzzo’ (info@consorziogranosolina.it ) should be contacted.

Most of updates have been communicated by Donato Silveri (Regione Abruzzo).