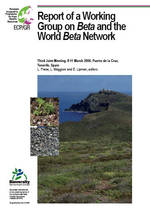 Report of the third joint meeting of the Working Group on Beta and the World Beta Network (WBN). The meeting focused on scientific and technical aspects of in situ management. The articles include the evolutionary history of the Beta section reconstructed on the basis of molecular data, an account of the taxonomy, distribution, ecology and conservation of Macaronesian Beta, information on the biodiversity of Beta species in the Caucasus and Iran, a survey of Beta nana populations growing in Greece, reconfirming the survival of this species believed to be extinct, and an account of rich populations of B. vulgaris subsp. maritima growing on the coasts of Ireland. A visit to important sites with populations of wild Beta species along the coasts of the Island of Tenerife ascertains that most populations are well preserved.